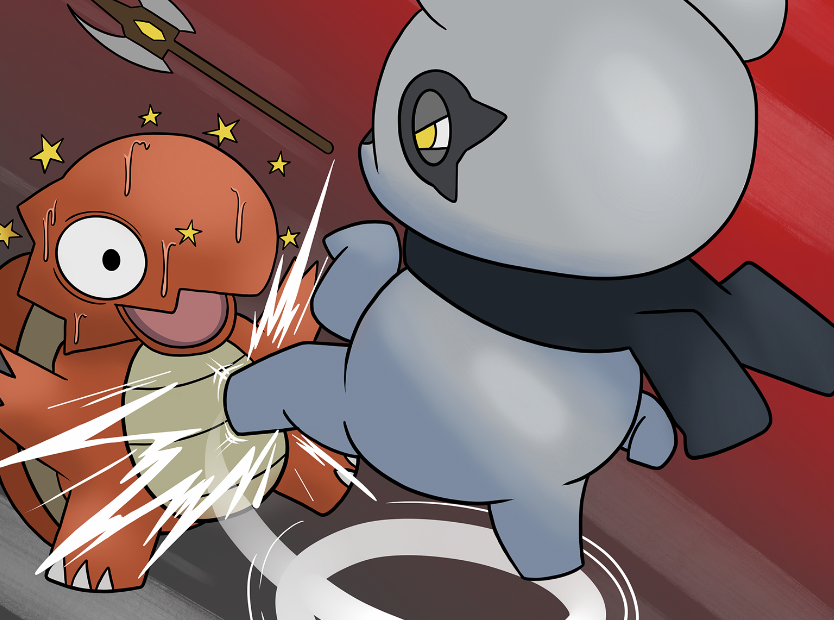 Alchemon is a NFT-based monster-collecting, battling and trading card game built on the Algorand Blockchain. The game and economy are centered on the collection of “Alchemon,” which are NFT monster cards that have various attributes/rarities and can be used to battle in the PvE and PVP games. The project is one of the biggest games being developed on Algorand, and has at least nine full time employees currently working on it. It has done over $800K in USD sales so far. This article will provide a comprehensive overview of Alchemon, including: The Alchemon Game, Staking & Evolving NFT Cards, Leveling/Evolving Alchemon, Legendary/Epic Crafting, AlchCoin, Passive AlchCoin rewards, AlchGold and more.

The Alchemon Game functions around the use of battling NFT trading cards with varying rarity and strength. These cards can be used for 3v3 combat against computers and players. Winning battles results in rewards. Stronger cards are likely to have more success in battle than weaker cards. Currently, the beta 2.0 launch includes PvE, alchebilities and leveling; but future launches will include PvP, evolution, mobile support and more. The beta version of the game has great battle features and earnings potential, which provide a very entertaining base to continue building on.

Alchemon uses attribute based battling. This means that each monster has type attributes which react differently to other monster types. A fire type monster and fire type attacks will be strong against an ice type monster, but will take extra damage from a water type monster. You can see the full attribute chart below.

Alchemon runs using a dual token system, the first of which is AlcheCoin, the token for use outside the game (ASA ID: 310014962). The second is AlcheGold and will be used inside the game.

AlcheCoin’s main purpose will be serving as the governance token for Alchemon, and will control the game’s future and the treasury. AlcheCoin is currently used for evolving Alchemon, purchasing Alchemon Toyz, buying special attack cards called Alchebilities, attack potions, and more. AlcheCoin can be earned through holding Alchemon NFTs and through playing the Alchemon Game.

The first version of the game has launched. The purpose of this version is to continue to build on the successful beta test launch of V1.0. Some features are still not fully functional, but there have been exciting new updates that have added depth to the Beta. The main features to keep an eye out for are Alchebilities, Alchemon leveling, Set 5 monsters, and increased AlcheCoin payouts.

You will need: 3 Alchemon, a Pera Wallet, an email address, a Mac/Windows computer.

Step 4. Connect your wallet by scanning the QR code. Troubleshooting is being done on discord and I will also create a section dedicated to it.

Step 5. Put your team together, hop in battle, and start earning some AlcheCoin!

Set 5 Alchemon commons can currently be purchased from the Rand Gallery store for 5 Algo each. These are the only ones that are for sale via the official store, and all other Alchemon must be purchased on secondary or evolved for.

There are currently 5 sets of Alchemon, with each newer set having a lower and lower mint quantity.

Note: Purchasing Alchemon and Packs must be done using MyAlgoWallet, while playing the game requires Pera wallet. It is best to just connect the two in order to play. You can do this by the import seed phrase feature.

Staking and evolving Alchemon is a fundamental part of the game. Alchemon start out in their base form as a common type trading card. In the above example, the third Alchemon is electric-type Zip, one of the four base commons from Set 4. We will use Zip as our example for staking and evolving, but it is important to note that Zip can no longer be evolved as the game is now on Set 5. Currently, there are two out-of-game ways to evolve: passive wallet staking and trading.

Passive Staking allows for one Alchemon per wallet to be upgraded every six days. To participate, you must send common or uncommon alchemon to the Alchemon staking wallet and then six days later you will be sent back the upgraded version. In our given example, both “Zip” and “Zipadol” can be sent to be upgraded, but “Zipacute” cannot. Ensure that you have the asset you would like to receive added in your wallet.

Note: Make sure to verify that the staking wallet has an upgrade available, as supplies are limited. You can check that here.

Crafting is the process through which Epic and Legendary Alchemon can be obtained. Crafting requires the use of trustless Alchemon created smart contracts, which combine multiple rare Alchemon into an epic one for the cost of a small fee. Crafting can also be used to quick evolve common and uncommon alchemon.

First, I need to make sure I have the required materials to craft a Torcidyious. The recipe says I need 2 Torrments, 2 Incydious, and 250 Alch. Once I have those in my wallet, I go to the swap link and select an account. I connect my wallet, and then click craft. It asks me to verify the transactions. I confirm and sign them.

Just like that, I have a Torcydious in my wallet!

Version 2.0 of beta brought exciting changes, one of the most notable being in-game experience gain and leveling. Each time your Alchemon wins a battle and survives, it gains experience. Collect enough EXP, and your Alchemon will level up. This will boost one or more of the Alchemon’s base stats, making it permanently more powerful.

Reach a high enough level, and Set 4 and onward alchemon can be evolved, while supplies last. This means that if you have two fully leveled Set 4 rares, you can evolve them into a Set 4 epic. Currently you can only level alchemon and not evolve them, but that is planned to release with the main game. Importantly, all EXP gained in the beta will carry over to the full game, so you can get a head start on evolutions.

Alchebilities allow for various attacks that normal abilities cannot do. For example, the Phoenix Alchebility allows you to revive an Alchemon that has fallen in combat. The Mental Maze Alchebility confuses your opponent, making it so there is a chance enemy attacks will hit themselves or their teammates.

One of the coolest features about Alchemon is that you can earn just by owning the trading card NFTs. Every week on Saturday evening AlcheCoin is paid out passively to owners of Alchemon. The rarer the Alchemon, the more AlcheCoin you receive. Participating is super easy, and in order to do so you must:

AlcheGold will be able to be earned by playing the Alchemon Game in Version 1. It will be used to purchase impermanent game items such as boosts and potions, as well as quick-leveling alchemon to grow and evolve them faster. There are also plans to build a GameFi suite around AlcheGold.

AlcheGold does not yet have a minted token, so do not go and buy it, but the distribution when it is minted will be as follows:

If you enjoyed the piece and want to read more, consider following me on Twitter @algonautblog to stay updated on new posts or supporting the blog.